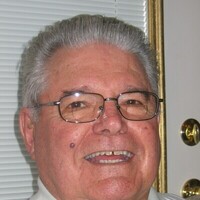 Donnelly Eugene Stiles, 88 of Trafalgar, passed away on Sunday morning, January 3, 2021 in Indianapolis.

Don was a 1950 graduate of Walnut Grove High School.  He attended Indiana University-Kokomo.

Don was nicknamed “Smokey” for his driving ability in golf.  He won several golf tournaments and had three “holes-in-one”.  He enjoyed fishing, and boating at Lake Monroe.  Don also enjoyed history, current events, genealogy and most of all, his family.  He was a member of the Plainfield Elks Club, Hillview Country Club, and served as President of the Plainfield Eagles and Rotary Clubs, and a member of the Attica/Williamsport Rotary Club.

He was a member of Mt. Auburn United Methodist Church.

Rev. Travis Taylor will conduct a family graveside service on Friday, January 8 at 3:00 p.m. at Gravel Lawn Cemetery in Fortville, Indiana.  A private visitation for immediate family and extended family will be held at Flinn and Maguire Funeral Home in Franklin.  Per CDC guidelines, facial masks are required with social distancing. A Celebration of Life Memorial Service for Don will be determined at a later date.